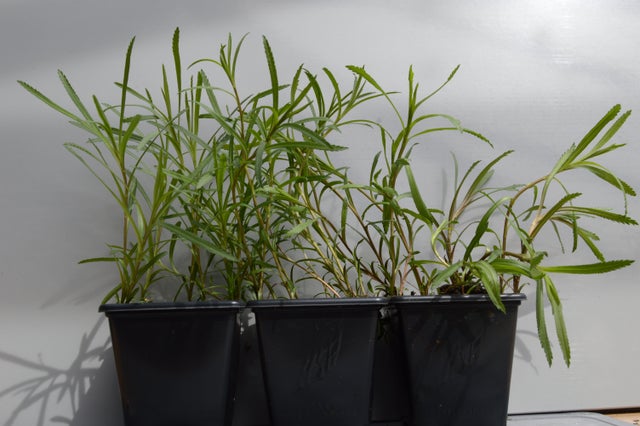 Sneezewort (Achillea ptarmica) is a native perennial wild plant found throughout most of Britain in damp meadows, by the side of streams, or anywhere the soil remains moist.

Although it is closely related to Yarrow (Achillea millifolium) the leaves of Sneezewort are completely different, being long and narrow and very finely toothed at the margins, whereas those of Yarrow are divided and feathery.

The flowers of Sneezewort are larger than those of Yarrow with eight petals, often reflexed downwards in a conical fashion, instead of Yarrow's five, and held in looser clusters. The petals of both species are folded into three but this is especially noticeable in Sneezewort.

Sneezewort flowers during July and September, producing a pungent, some find sneeze - inducing, scent attractive to pollinating insects like hoverflies.

It responds to pruning by producing more flowers.

The caterpillars of at least three species of moth including the Tawny Speckled Pug,(Eupithecia icterata) feed on Sneezewort as well as the closely related Yarrow, consuming the flowers as well as the leaves. Adults have a wingspan of about 20-24 mm and are on the wing during July and August.

You are purchasing three well-rooted plants in 7 cm square pots that we have grown from seed. Lots of cultivated varieties are available from garden centres selected for such things as their bushy growth, bigger flower heads, double flowers, and so on, but ours is the native form with its original charm.